Chris began his Masters Program in Acupuncture and Chinese Herbal Medicine in1989 graduating in 1993 but continuing a clinical internship with world renowned Japanese Acupuncturist Kikko Matsumoto. He completed his Chinese Herbal Studies with Ted Kaptchuk one of the founders of Chinese Medicine in the US. Upon graduating Chris immediately began an 18 month course in the study of Gynecology and the treatment applications using Chinese Medicine.

In 2007 he passed a rigorous exam and became a Fellow of the American Board of Oriental Reproductive Medicine. This board founded that same year was to insure that practitioners of Chinese Herbal Medicine were competently educated in the field of Reproductive Medicine. Chris has helped numerous women conceive and achieve live births, both with and without the use of Assisted Reproductive Techniques such as IVF.

In 2004 Chris began his studies in Functional Medicine. Functional Medicine is a Westernized approach using a functional analysis of a patients ailments as opposed to a disease based model. In plain terms figuring out why your sick and how to fix it as opposed to giving it a name and then prescribing drugs to address the symptoms. To be fair, both approaches have their place, but too often the disease model is used where a Functional Approach is more appropriate. Chris had the good fortune to study extensively with Dr. Datis Kharrazian a Harvard Fellow who has made substantial contributions to creating clinically useful drug-free approaches to healing. With Dr. Kharriazian Chris has studied Functional Blood Chemistry, Functional Endocrinology, A Functional approach to Thyroid Disease, a 2 year course in Functional Neurology, and continues on this path studying cutting edge research in the treatment of concussions, digestive disorders, and the effects of Auto-Immune Disease on the Brain. Besides helping people who had not found solutions elsewhere, Chris has found these studies to make him far more conversant with the various lab tests, calls to doctors, and mainstream medical literature.

Most recently Chris has realized a long held dream of taking an 18 month course in Traditional Chinese Dermatology with Mazin-Al-Khafaji who runs the world famous Avicenna Center for TCM Dermatology in Brighton England. The results have been nothing short of amazing with unique treatments for Eczema, Psoriasis, Vitiligo, Fungal Infections, Acne Rosacea, as well as various types of Acne, among other skin conditions. It’s been an exciting and gratifying addition to his practice.

Chris’s driving force is to continue training to help as many people as possible, particularly those who have experienced years of failed attempts. “ I learn as much from my patients as they learn from me, it never fails to surprise me that when I explain what I’m finding I hear the words “that’s exactly what I thought”: we all know what is wrong with us if we listen deeply enough, and an answer will appear when the doctor listens without ego.” I have had so many cases that looked overwhelming and hopeless have complete resolution by paying close attention to details that often seemed unimportant and applying learned and tested treatments. I never lose my excitement for these moments and fell deeply appreciate and privileged to have the opportunity to serve people in such a lasting and life-changing way. Similarly, I never lose my lust for learning and expanding my knowledge base so I can be more effective.”

Chris and his wife Darlene, a Functional Nutritionist, recently opened a beautiful new office in Millburn named The WellPath Center. It is a soothing calming environment designed with the intention of both treating and educating people toward the goal of empowering them with the ability to take control of the destiny of their own health. A series on on-going classes and group sessions are getting set to launch in 2020.

Chris and Darlene reside in Tewksbury NJ and are parents to 3 grown children. 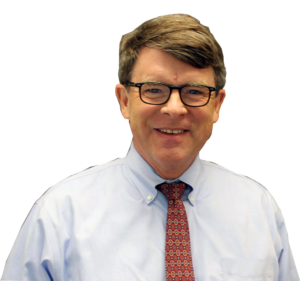 What Our Customers Say

Find out the latest health News